Which is better, WordPress or Drupal? 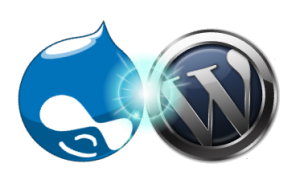 This question comes up a lot, and granted I think I used to hear this question more often five years ago than I do now. That might be because things have changed, or it might be because those differences have become more clear. I think back in the day of Drupal 5 and 6; when WordPress had less bells and whistles and Drupal was still geekware and not govware; the distinctions between them were certainly a little more blurry than they are today.

I had a client though ask me this week for an overview of why they would choose one over the other – so that led me to making the table (below) and this article.

This quote pretty much sums up everything I’m about to say, though the details of this can be revealing and naturally not everything is black and white. But it is a good place to start.

With WordPress you get so much out of the box:

With Drupal instead you get a powerful framework that is capable of doing many things, but does very little well out of the box:

This is not to say Drupal is inferior to WordPress, far from it! Instead Drupal simply caters to a different mind set: a powerful tool kit for making advanced websites.

This was already apparent with Drupal 7 but with the advent of Drupal 8 and its more enterprise-focused evolution, this distinction is more crisp-clear than ever.

WordPress suffers from limitations that may be important to you, consider the following:

I’m building my own theme, with a custom design, which is better suited?

If you are building your own theme, the distinction between the two systems is far less obvious – because they both offer good frameworks to build from. This could mean a blank site, or a tool kit for basic responsive layouts, or something a little more pro with sass and libraries. Once you go custom, the differences between them are less overt.

What is the typical price difference? 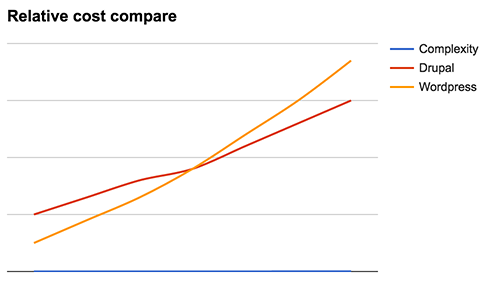 This is a really vague chart, I know. It’s nearly impossible to generalize this because there are so many variables that modify the intersect point, and the angles… but hopefully it still illustrates something: which is that Drupal projects are more expensive when the site is less complex and more cost-effective when the site is complicated.

Now I’m sure people can argue against this, and there are certainly many highly visited, super popular websites that are on WordPress just like there are on Drupal.

But certainly for us and the work we do, we see the cost impacts often enough. The rising WordPress costs represent the limits of the framework to provide dynamic solutions, extensible points and so forth – and Drupal really shines once you start asking it to build complex views and extend your content types with lots of custom fields and your users with their own custom properties.

I’m building an e-commerce platform, is one better at it than the other? 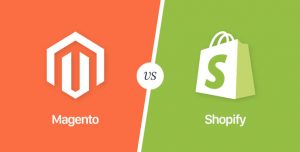 This is an interesting question, and I think the answer is more complex now because you really need to consider other platforms too when asking this question. Important ones to consider, at this time of writing, I would say should include Shopify and Magento. You could even argue that Shopify is similar to WordPress and Magento is similar to Drupal – in the sense of this article.

Shopify simplifies your experience and gives you more for less, but adding complexity to it can hit real limits that then become walls. Magento on the other hand will remove those limits but force you into deeper code and requires more technical capacity to execute [or budgets].

I don’t want to diverge this article too far to start a four-way compare. But I will say that Shopify is pretty different than WordPress because it is a SAAS. So you get a lot for little, and instead you really need to stay within the boundaries.

If your site is at its heart alive to sell products, and all your features are around the cart system – Shopify is a great option.

But if you do have a more complex site, do you go Drupal or Magento?

Here things get a little trickier, because in both systems you can go super-heavy custom. And you can even make a hybrid system that is Magento+Drupal working together. Magento is far more cart focused however, since you could say it is built around it. Drupal you are getting a more diverse platform, so permissions, content types and so forth might be considered more intuitive with Drupal. But with a Drupal solution you might end up pulling more hairs with lots of SKU product variations…

Making this decision is more future and core-business related, and sometimes determined by your desired feature sets. I will add however that things change again once you go enterprise with either of these choices, since then you also have to consider differences between Enterprise Cloud PAAS solutions vs. custom Enterprise Drupal configurations. But this is a topic for another day.

Thanks for reading! Hope this article was helpful to you. If you are trying to pick a platform for your business, don’t hesitate to ask us any questions you might have or leave a comment!

More from our blog

A Strategy Driven Digital Agency that Designs and Develops exceptional experiences for your businesses.